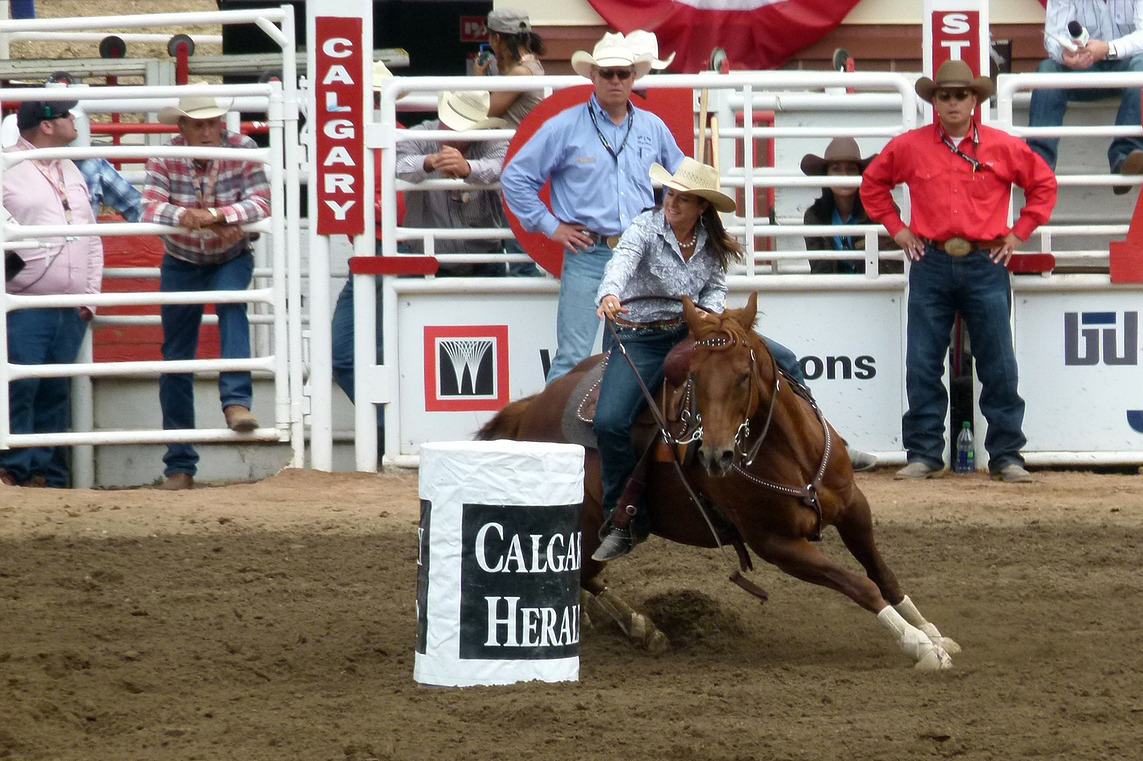 Every July, the Calgary Stampede in Alberta attracts top competitors from around the world to compete in one of the largest rodeos on earth. Jean Winters and her horse, Zan, won the $100,000 dollar check in the barrel racing competition thanks to a lot of hard work — and Leg Saver.

Winters, a professional barrel racer, credits Leg Saver’s ting point therapy treatments with having contributed to Zan’s ability to make two runs on the final day of competition; the ones that would lead them to victory on the final day of Stampede.

The long road to competing in July started with hard-core training in late May. Winters was already treating Zan for two hours on a weekly basis with Leg Saver prior to training, and her vet confirmed that he wouldn’t need hock or stifle injections. She maintained his health with hock and tying up treatments, and massage.

Closer to competition, Winters up Leg Saver treatments to a daily routine which helped her push the 11-year-old gelding through three barrel runs in two days. After the win, she told the Calgary Herald:

“He tends to fire a little harder the more you run him,” said Winters. “I was a little bit worried on this last run because he will try to out-think me. And that’s what happened on that first barrel. I tried to help him stay up and he said, ‘No, there’s the barrel and we’re turning it.’ He runs real hard, but he’s got a weird style.”

Winters’ style: using Leg Saver to keep Zan in top shape for all of their competitions. Interested in how Leg Saver can help increase your horse’s performance? See our specs here and check out our blog next week for tips on how to select a barrel racing horse.